Driving Directions to
Hyatt Place Amsterdam Airport
Schiphol Airport (AMS) - 5km from hotel Directions to Hotel
• When driving from Schiphol Airport to Hyatt Place Amsterdam Airport hotel take the A4 towards The Hague.
• On the A4 take exit 3 Hoofddorp, after 1,7 km take a left to the N201 (Kruisweg).
• You will find Hyatt Place Amsterdam Airport hotel on your right hand side.
Transportation Options
Airport Shuttle Service
Hyatt Place
Tel: +31205421234
Complimentary for hotel guests.
Available 6.30 AM – 11.30 PM
Available 6.30 AM – 11.30 PM
Please Note: The Hyatt Place Airport Shuttle bus departs from Arrival Hall 4. Report to the ‘STA’ desk (opposite the Starbucks and next to the AKO book store) and take a seat in the lounge. The driver of the shuttle will walk in to to check if any guests are waiting.
Public Bus
R-Net, EBS, Connexxion
Tel: 0800 0327 or 0900 2666399
Cost: € 2,00 - € 4,00 (depending on day/night)
Available continuously during the day. At night every hour.
Train
NS
Cost: € 2,10
Available from 5.30 AM – 1.30 AM
Limo
On request via the reception
From €30,00
Taxi
On request via the reception
€15.00 – €20.00
Available 24/7
Car Rental Agencies available at the airport:
• Hertz
• Sixt
• Avis
• Europecar
• Budget
• Thrifty
• Alamo

Amsterdam is the capital and most swarmed locale of the Kingdom of the Netherlands. Amsterdam's name derives from Amstelredamme, indicative of the city's origin around a dam in the river Amstel. Amsterdam fans out south from the Amsterdam Central railway station and Damrak, the main street off the station. The oldest area of the town is known as De Wallen. It lies to the east of Damrak and contains the city's famous red light district. As the business capital of the Netherlands and one of the top fiscal concentrations in Europe, Amsterdam is seen as an alpha world city by the Globalization and World Cities (GaWC) consider gathering. The city is in like manner the social capital of the Netherlands. Various broad Dutch establishments have their focal station there, and seven of the world's 500 greatest associations, including Philips and ING, are arranged in the city. Amsterdam has a rich architectural history. The oldest building in Amsterdam is the Oude Kerk (Old Church), at the heart of the Wallen, consecrated in 1306.

Amsterdam is famous for its vibrant and diverse nightlife. Amsterdam has many cafés (bars). They range from large and modern to small and cozy. The typical Bruine Kroeg (brown café) breathe a more old fashioned atmosphere with dimmed lights, candles, and somewhat older clientele. Most cafés have terraces in summertime. A common sight on the Leidseplein during summer is a square full of terraces packed with people drinking beer or wine. Amsterdam inhabitants consolidate the diarist Anne Frank, pros Rembrandt van Rijn and "Vincent van Gogh" Vincent van Gogh, and scholar "Baruch Spinoza" Baruch Spinoza.The Amsterdam Stock Exchange, the most settled stock exchange on the planet, is arranged in the downtown territory. Amsterdam's essential attractions, including its vital channels, the Rijksmuseum, the Van Gogh Museum, Stedelijk Museum, Hermitage Amsterdam, Anne Frank House, Amsterdam Museum, its undesirable neighborhood, and its various cannabis bistros draw more than 5 million general visitors consistently.

Watch the city shed its winter layers, as tulips, crocuses, and hyacinths emerge and residents gear up for seasonal celebrations heralding the arrival of spring. In December the city is awash in holiday spirit: famous squares turn to winter holiday markets and ice rinks, and stalls reward those who brave the outdoors with seasonal treats like koek en zopie (cake and a spiced alcoholic drink), warm chocolademelk (Dutch hot cocoa, richer than the American version), and Gluhwein (German mulled wine, also known as wassel).

Things Everyone Needs To Taste In Amsterdam: 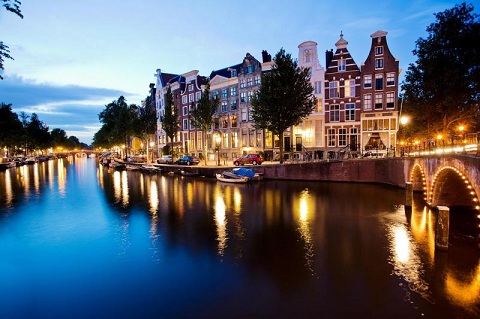 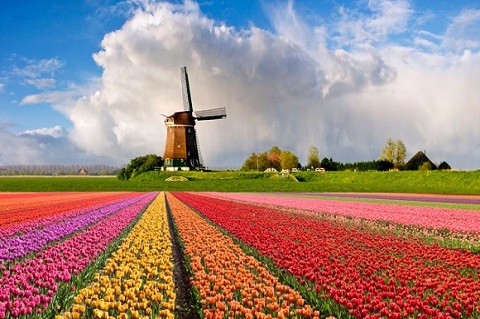 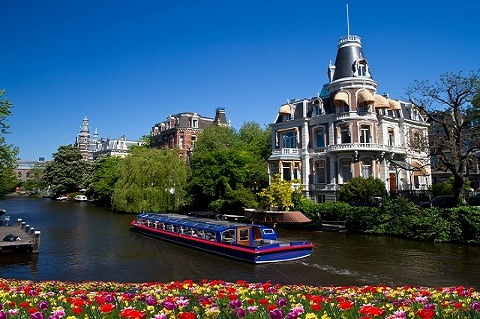