Meet Inspiring Speakers and Experts at our 1000+ Global Events inclusive of 300+ Conferences, 500+ Workshops and 200+ Symposiums Every year on Medical, Pharma, Engineering, Science, Technology and Business.

Antibiotics conference committee is going to welcome all the participants from all over the world to attain the Euro Antibiotics 2019 conference, which is being held in Paris, France during December 02-03, 2019. This gathering will give the whole concentration on existing and most recent developments in every aspect of antibiotics and antimicrobial research. In the light of this subject, this opportunity will provide a great platform for discussing among global scientists on antibiotics and its prophylaxis. Therefore, these conference committee members are giving warm welcome all the prominent researchers, students and delegates to participate in this upcoming antibiotics conference event to witness a valuable scientific discussion and to participate in this session for contributing to the future innovations in this field.

Over the years antibiotics have saved many lives by the process of how bacteria were killed using antibiotics. A new study reveals that penicillin and other antibiotics produce destructive molecules that fatally damage bacterial DNA through a long chain of cellular events. New targets involve some bacterial cell is able to save itself from antibiotic-induced DNA damage. Thus recent research is required to understand and solve this problem. In this Conference we invite eminent personalities from universities, clinical research institutions and diagnostic companies, business people oriented with the field of antibiotics to share their research involvements and views on all aspects of this rapidly growing field of antibiotics and thereby, providing a showcase of their latest techniques.

Antibiotics belong to a class of antimicrobials, a larger group which also includes anti-viral, anti-fungal, and anti-parasitic drugs. The main classes of antibiotics are beta-lactams which again include penicillin, cephalosporin, macrolides, fluoroquinolone, tetracycline, and aminoglycosides.

The choice of relevant antibiotics is presently based on individual patient’s need. A large number of bacterial diseases have been brought under control by using antibiotics. These include pneumonia, cholera, tuberculosis and leprosy. The antifungal antibiotic griseofulvin has controlled the debilitating fungal skin diseases such as ring worm. There are certain antibiotics which can be used in canning industry or antibiotics such as penicillin, tetracycline and erythromycins are very widely used in processing of animal feeds.

Prescription of antibiotics for children is a scrupulous act. Side effects from antibiotics are a common reason that children go to the emergency room. The drugs can cause diarrhea or vomiting and about 10 out of 100 children have allergies to them. Some of these allergic reactions can be serious and life threatening.

Laboratory-produced drugs used to target and destroy cancerous cells. Therapeutic anticancer antibiotics have become an accepted treatment for certain types of cancer. These drugs bind specifically to primary and metastatic cancer cells to block cell growth, while limiting effects on surrounding healthy cells. Antibiotic medicines kill malignant cells by fragmenting the DNA in the cell nucleus and by oxidizing critical compounds which are necessary for the cell. For patients receiving chemotherapy, there is an increased risk of infection due to a low white blood cell count (neutropenia) caused by a toxic effect of chemotherapy on the bone marrow. Preventive antibiotic therapy before the development of fever prevents illness and death in people with a low white blood cell count after chemotherapy.

Antimicrobial resistance happens when microorganisms (such as bacteria, fungi, viruses, and parasites) change for exposing to antimicrobial drugs (such as antibiotics, antifungals, antivirals, antimalarial and anthelmintic). Without effective antimicrobials for prevention and treatment of infections, medical procedures such as organ transplantation, cancer chemotherapy, diabetes management and major surgery become at very high risk. Antimicrobial resistance is a complex problem that affects all of society and is driven by many interconnected factors. Single, isolated interventions have limited impact. There have been increasing public calls for global collective action to address the threat, including a proposal for international treaty on antimicrobial resistance.

The increasing fear of drug-resistant superbugs is leading to a growing push for the next generation of antibiotics. The development of new antibiotics is crucial to controlling current and future infectious diseases caused by antibiotic-resistant bacteria. The discovery of a new antibiotic called teixobactin was announced by international team of researchers in 2017. The researchers now plan on studying the bacteria and decide what tools might be able to control its behaviour to release its full antibiotic potential. An expected 5–10% of all hospitalizations are perplexed by a nosocomial disease with an expected cost of $4.5–5.7 billion every year in the USA alone. More varieties of biological solution are yet to be discovered in this field.

Antibiotics can be used in non-medical industries. They are mainly used in animal husbandry, bee-keeping; fish farming and other forms of aquaculture, ethanol production, horticulture, antifouling paints, food preservation and many more.

The worldwide market of antibiotics are expected to grow because of factors like increasing prevalence of chronic diseases, growing healthcare expenditure, improvement in access to healthcare, high investment in research & development, enhancements of supports from government and stakeholders such as UNICEF, WHO, PAHO and others. The global demand for antibiotics has increased significantly over the past two decades. The antibiotics market was valued at about $40,866 million in 2017, which is estimated to register a compound annual growth rate (CAGR) of 4.7%, over the forecast period of 2018 to 2023. There are a range of global pharmaceutical companies, as well as smaller firms which plays an important role in domestic regions in the production of generic drugs. Most of the antibiotics are low-cost and off-patent generic medicines which are easily and widely affordable, especially among the low income and lower-middle-income countries. In addition, the generic industries play a major role in the cost reduction of pharmaceutical drugs, which increase consumption and higher availability in worldwide.

The anti-microbials showcase is required to achieve USD 57.0 billion by 2024, as indicated by the new report by Grand View Research, Inc. Rising pervasiveness of irresistible illnesses particularly in creating locales, for example, Asia Pacific and MEA is foreseen to contribute towards showcase development.
Over 15.0% of the passings, in kids underneath the age of five, are assessed to be because of pneumonia and as indicated by the insights given by the WHO around 9.2 million passings were recorded in 2015. Like tuberculosis, the most elevated commonness of the sickness is recognized to be in the South Asian and Sub-Saharan locales. At in the present, the required anti-infection treatment is accessible just to 33% of the tainted populace, subsequently expanding the illness trouble.
Government changes particular to anti-microbials, for example, the Generating Antibiotics Incentives Now (GAIN) Act in the U.S. are anticipated to help to showcase the development over the conjecture time frame. This further expected encourage the improvement of cutting edge drugs.
Unexpectedly, unverifiable administrative approaches are probably going to impede the development of this vertical affecting business sector development fundamentally. In 2013, the U.S. FDA also changed the direction for enlistment preliminaries for drugs utilized in the treatment of intense bacterial skin and skin structure contaminations.

To Collaborate Scientific Professionals around the World

All accepted abstracts will be published in respective Our International Journals.

Abstracts will be provided with Digital Object Identifier by 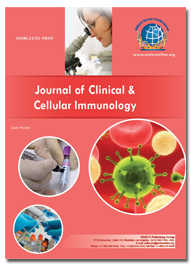